Crimson clover is a native species of Southern Europe and is characterized by its early germination and vigour. The seed coat of the species is very permeable and germination may occur with the lightest rain after the seeds have matured. Crimson clover is mainly used as a green feed or early hay crop in Europe, parts of the United States, Australia and South America (Argentina). It can be used in mixtures with Lolium multiflorum. Also can be sown early in combination with wheat or oats for grazing.

Sowing rate: 4-10 kg/ha, in mix with grasses and legumes 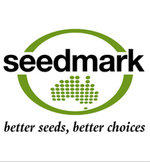